Testosterone Propionate, often referred to as “Test P”, is one of a handful of the injectable, esterified Testosterone variants. Test P has a brief half-life due to the propionate ester which is attached to the testosterone molecule. As such, frequent injections are necessary for stable blood plasma levels; this drug is not typically recommended for first-time users. In the absence of an ester, Testosterone alone has a very short half-life (roughly 4-5 days), which necessitates frequent and inconvenient injections. Given that testosterone is innate to mammals, it is considered by many the safest anabolic steroid and can be cycled alone, or as the foundation of a stack. The reason users should strongly consider using testosterone in all cycles, even at a TRT dose, is that testosterone is necessary for a multitude of neurological and physiological functions in the human body. For example, testosterone has been shown to play a large role in neurogenesis,(birth of neurons), the process by which neurons are generated from the neural stem cells and progenitor cells.

Medical applications of Testosterone Propionate typically include treatment of hypogonadism or andropause, which is preceded by hypogonadism. This disorder happens over time with age in all men and is often referred to as “male menopause”, but can also happen prematurely as a developmental disorder, disease, or injury. The average weekly dose for men undergoing testosterone replacement therapy (TRT) tends to be between 75mg – 100mg a week of Testosterone Propionate. The most commonly recommended dose for a first time cycler seeking to utilize Testosterone Propionate for muscle size and strength is typically 500mg a week for roughly 8-20 weeks. A more intermediate cycle might see doses upwards of 750mg-1000mg a week. 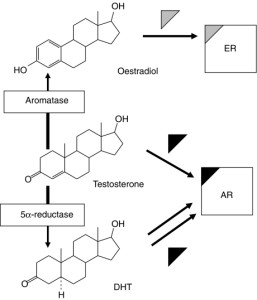 In summary, Testosterone Propionate is one of the most proven and one of the most well researched compounds utilized in AAS cycles. However, given it’s short half-life, test prop should be used by experienced users given the frequency of injections. However, all users body’s are different and should proceed with caution when considering any AAS cycle. Frequent blood work and doctor supervision is always recommended.